The market is teeming with male supplement pills, any man knows this.

Ads come at you from every corner of the internet, no matter what you’re trying to do, if you fit the demographic of a male between the ages of 18 and 100 you are a prime target for companies hawking pills that are claimed to do anything and everything you could want.

In the first few minutes of the intro video for Maasalong, you get all of these promises of everything you want to hear, under the premise of a 2,000-year-old secret African cocktail and “sacred you-know-what elongation ritual” that can grow your size by a minimum of 6 inches over a few months.

After asking you to listen closely for the next “4 minutes”, they assault you with a 50 minute & 17-second, stock footage and green screen disaster that also features some borderline racist remarks about the origins of the “secret formula”.

The whole video is just an almost hour-long trainwreck of this obviously serious and professional doctor fellow, who looks and sounds like he recorded his bit in front of a green screen in his bathroom, telling you an elaborate tale of how he formulated this amazing fountain of power.

He spins an admittedly enchanting yarn about an isolated African tribe called the Maasai who conduct a sacred elongation ritual using a cocktail of local herbs that gives them all you-know-what’s of a minimum 12” length.

Then he adds value to their secrecy by telling you that high-powered executives, millionaires, and more, pay huge amounts of money to come and participate in their ritual and leave with massive ten-inch bats, which certainly makes it seem more honest because what else do isolated African tribes do but amass unimaginable fortunes, right?

The video then goes on to make more promises about how this will also translate to chiseled and cut muscle definition, stronger and longer-lasting erections, massive boosts in energy and sexual stamina, and even “help you lose those nasty pounds off your belly”, and advises you to listen up, because there isn’t much time left…after which he goes on for another 47 minutes.

The most damning part of the whole advertising disaster that is their video, other than the same stock footage played over and over, is the eventual admission by the super serious doctor guy that he was not only specifically told that he could not have the secret formula by the sacred Maasai tribesman, but then also tells how he went through painstaking measures to then steal the ingredients, amounts, and preparation methods, so that he could ultimately recreate this sacred cocktail in his comfy lab.

The icing on this ridiculous snake oil cake is that this supposedly ancient and sacred formula that the doctor guy stole for profit, features ingredients that are not available to this isolated African tribe, such as Muira Puama, which is a Brazillian tree.

The entire time the narrator and serious doctor fellow are pitching these boner boosting beans to you, they are constantly making emotional pleas and portraying every man with an average size as literally sobbing himself to sleep under the fear that his girlfriend or wife will leave him for a more hugely hung hunk, which is insulting.

Even despite this bouquet of red flags, we decided to give these magic meat magnifying pills a try, here’s what we found.

Maasalong is touted as a highly refined version of the secret sacred  elongation cocktail used by the Maasai tribesmen.

It is all-natural and contains extracts from safe and useful plants, and there are no additional binders or chemical agents included.

Additional benefits claimed by the sellers include increased muscle, energy, libido, and stamina.

How Does Maasalong Work?

This is one of many things about Maasalong that do not make sense.

The basis for how the formulation works is that it removes some “blockage” that the rest of medical science hasn’t seen yet, and provides “nutrients” that your body has somehow been “allergic” to since birth.

They provide no information on how providing these same growth “nutrients” in pill form makes them now able to bypass the “allergies” that the doctor guy mentions several times.

Vitamin E is essential for the production of energy, stamina, and it helps deliver blood to the chamber. (Source)

The extract from Hawthorn berries has been shown to boost cardiovascular health, strengthen blood vessels, and stimulating blood flow so that erections can be stronger, longer. (Source)

Niacin is one of the few over-the-counter remedies for ED and can help provide harder erections. (Source)

Damiana is a natural aphrodisiac, giving the user huge boosts to the libido. (Source)

Muira Puama is the name of a substance that you obtain by drying the roots of a particular Brazillian tree and grinding them into a powder to be used in raising libido, sex drive, and even the treatment of mild depression. (Source)

Also known as Maidenhair, ginkgo biloba has been used for thousands of years in eastern medicine to provide antioxidants, nerve function improvement, and incredible boosts in blood flow to the you-know-what. (Source)

This is a South American herb, native to Peru and Brazil, and has been used for generations in traditional medicine to spark potent virility. (Source)

Nearly every part of this plant is a medicine used for generations to treat sexual dysfunction, cholesterol issues, and erectile dysfunction. (Source)

Inosine is crucial for building and affecting the shape of the cavernosal muscles, (Source)

You will often find saw palmetto in male supplements, because it generally does what it’s supposed to do, and helps raise testosterone levels when used as a daily supplement. (Source)

This ingredient is often added as a powder that is claimed to reduce inflammation, boost mental function, improve general mood, and even help eliminate unwanted. (Source)

The manufacturer of Maasalong has stated that there are no significant or serious side effects since the formulation is all-natural, but there are still some things to keep in mind, not only regarding the potential side effects of the ingredients but also any possible allergy or medication interactions.

Damiana is known to lower blood sugar, though often not by large amounts, so those who may have blood sugar issues or could be sensitive to such changes should exercise caution.

This can be of particular seriousness for diabetics who are looking to include diet, exercise, and supplements in their strategy for minimizing the effects of diabetes advancement.

Muira Pauma has been known to occasionally interfere with normal sleep patterns, causing insomnia in some, and it has been linked to possible issues with muscular coordination.

Just like any other supplement, you should always consult your doctor or preferred medical professional to ensure that there are no potential complications due to your unique physiology and medical history, and nobody under the age of 18 should take Maasalong.

Look, we didn’t expect their claims of being able to grow measurably from day to day, and adding 4, 6, or even 8 inches to be completely true.

We also didn’t expect the supplement’s claims to be completely false, there was a little expectation, you know?

What we got was zero growth and a basic energy boost that we probably could have gotten with a couple of extra cups of coffee.

How to Use Maasalong

The directions say to take two capsules with a large glass of water once per day and warn to not exceed that dosage.

They make a point of mentioning to take it with your evening meal, so be sure to follow that if you’re trying Maasalong out.

Where Can You Buy Maasalong?

Maasalong is only available from the official website, and is available in one, three, or six-bottle packs, with the price per bottle dropping when more bottles are purchased.

Each bottle is a 30-day supply, with the creator recommending that you stick with Maasalong for 3 months or longer, which is a convenient recommendation since they only offer a 60-day guarantee.

We didn’t bother with trying to get our money back, their entire return and refund process seems backward compared to most standard e-commerce best practices, and it even reads like a boilerplate refund page that they pasted onto their Maasalong FAQ page.

Conclusion – Is it Worth Trying Maasalong?

Maasalong came along promising the world, and even though it sounded too good to be true, we burned the cash anyway.

In the end, we saw no meaningful physical increases whatsoever.

It felt like any results, any boost in length, thickness, anything, would have made it worthwhile. 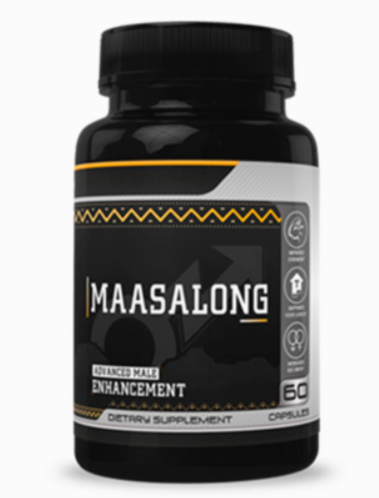 Check out our Maasalong Male Enhancement Pills review, and learn more about the ingredients, side effects, how it works, where to buy, and much more.

thanks for the valuable insight/feedback/commentary about the subject ‘pill’, am 72 now and would like to know which ‘pill’ to take based on your well-informed research findings, i would really appreciate that, looking forward to your advice and recommendation, thanks and best regards.

Check out a product called Vigrx Plus, I have a review of it here. It’s by far the best one I’ve ever used, and I’ve used a lot of these pills.

Just another worthless product to make us think there is something to help us guys get over the fact there is absolutely no pill to make you bigger.

I bit hook, line and sinker on the videos promises. After spending $400.00, I think I am actually smaller.

Spend your money getting a BJ or three, at least you will get something out of this.

Maasalong is a scam.
It really was exciting for me to think that this would help me as I was losing hope as normal ED pills are no longer working for me.
I am healthy and fit.
Anyhow after 2 months of taking the recommended dosage the results were not even 1%.
Disgusting total scam taking advantage of vulnerable people.

This is a joke, does no work at all